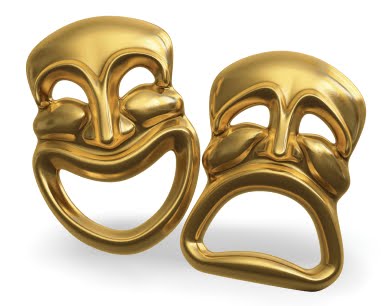 The Param Vir Chakra is the highest gallantry award given to the Indian Armed Forces. Since Indpendence Only 21 Awards were made, as many as 14 of these are posthumous Awards. The Indian Air Force received only one Param Vir Chakra to date, awarded posthumously to Fg Off Nirmal Jit Singh Sekhon in the 1971 War.

Fg Off Nirmal Jit Singh Sekhon , was born on 17 July 1943, in Ludhiana, Punjab. He was commissioned into the Indian Air Force in 4th June 1967. During the 1971 Operations, Fg Off Sekhon was with No.18 "Flying Bullets" Squadron flying the Folland Gnat fighter based at Srinagar. In accordance with the international agreement dating back to 1948, no air defence aircraft were based at Sirinagar, until the outbreak of hostilities with Pakistan. Flying Officer Sekhon was, therefore, unfamiliar with the terrain and was not acclimatised to the altitude of Srinagar, especially with the bitter cold and biting winds of the Kashmir winter. Nevertheless, from the onset of the war, he and his colleagues fought successive waves of intruding Pakistani aircraft with valour and determination, maintaining the high reputation of the Gnat aircraft. 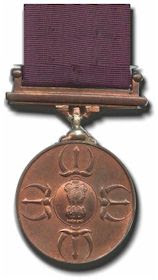 Early Morning on the 14th of December 1971, Srinagar Airfield was attacked by a wave of six enemy Sabre aircraft. Flying Officer Sekhon was on readiness duty at the time. However, he could not take off at once because of the clouds of dust raised by another aircraft which had just taken off. By the time the runway was fit for take-off, no fewer than six enemy aircraft were overhead, and strafing of the airfield was in progress. Nevertheless, inspite of the mortal danger of attempting to take off during an attack, and inspite of the odds against him, Flying Officer Sekhon took off and immediately engaged a pair of the attacking Sabres. He succeeded in damaging two of the enemy aircraft. In the fight that followed, at tree top height, he all but held his own, but was eventually overcome by sheer weight of numbers. His aircraft crashed and he was killed.
In thus, sacrificing himself for the defence of Srinagar, Flying Officer Sekhon achieved his object, for the enemy aircraft fled from the scene of the battle without pressing home their attack against the town and the airfield. The sublime heroism, supreme gallantry, flying skill and determination, above and beyond the call of duty, displayed by Flying Officer Sekhon in the face of certain death, set new heights to Air Force traditions.